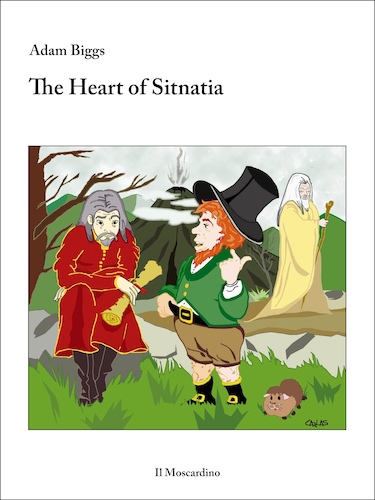 A wonderful fantasy adventure: from the depths of the Earth to a mysterious far away island!

Three mysterious talismans, three bizarre characters out of this world, and four adventurers who, apparently, have nothing in common, are thrown together into another dimension that will bring them to the Island of Sitnatia. The ruthless Reginald Catchpole and his cockney sidekick Sid, the kind and generous schoolgirl Amelia and the gentleman cat burglar Arthur Pound, embark on a journey with many ordeals and the strangest encounters, such as the freakish Gnarg people, riding ratlike creatures, and an old evil witch who lives in an giant invisible bird-house. The four of them show great courage by helping the Vendra, a lost Roman Legion, fight back the invading Gnarg advancing from the depths of the Earth. An incredible adventure in which they discover what really lies behind the three strange guides who accompany them: a little Chinaman, a leprechaun and a wise old man, each of them linked to a talisman. Nothing is what it seems. The moment of truth awaits the four adventurers in the temple at the heart of the volcano towering above the Island of Sitnatia.

Reginald Catchpole reclined in a bath full of bubbles in his lavish flat above his antique shop. The walls were covered in red-flock wallpaper not unlike that which you would find in any tacky restaurant. The only light in the room was from a candle chandelier hanging over his head. He held a pink hippo-shaped nailbrush in his right hand while his left hand drifted in the air, conducting the soft music that gently flowed from the horn of his wind-up gramophone which stood on an occasional table just behind him. He wore nothing but a plastic shower cap and, covered in white bubbles, he looked as if nothing short of a herd of elephants in the bathroom with him (he chuckled at the very thought) could disturb his ecstasy. Suddenly, climbing the stairs at great speed, as if riding a thundering herd of elephants wearing hobnailed boots, Sid burst his way into the bathroom. Reginald hurled his hippo-shaped nailbrush five feet into the air, where it landed on the chandelier between two lit candles.
“How many times must I tell you, man? Not when I am taking my ablutions”.
Sid stood there, yellow duster in hand, shaking like a leaf, a droplet of sweat trickling down his cheek.
“But, Mr Catchpole,” he burbled, spitting as he spoke in his strong cockney accent and hardly remembering to take a breath between sentences, “something’s happening downstairs. Something amazing!” he said with a note of urgency in his voice.
‘Urgent’ was not generally a word that best described Sid Slug, a man who had been knocked down three times in the last year for not getting out of the way of a speeding granny on her mobility scooter. The fact that the same granny had managed to knock him down each time, all in the same month but on very separate occasions, was suspicious in itself. However, Reginald knew better than to ask deep questions of Sid unless he wanted a long, drawn-out tale that would not necessarily come with a start, middle or an end, let alone an interesting point.
“Don’t tell me you got that blasted woman’s pillbox unlocked.”
“Yes Mr Catchpole, this was inside,” Sid held up a rectangular crystal, “but it wasn’t alone.”
Sid was ordered out of the bathroom to allow Reginald to get out of the bath and cover his pride. Sid ran off back down the stairs, closely followed by Reginald, now with a towel wrapped round his bird-like body. The shower cap was still on his head and bubbles floated off him as he ran. They both stopped short of the door at the bottom of the staircase. Bright lights of every colour shone through the keyhole and through the gap around the door that had been left ajar. 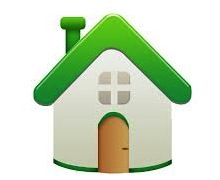